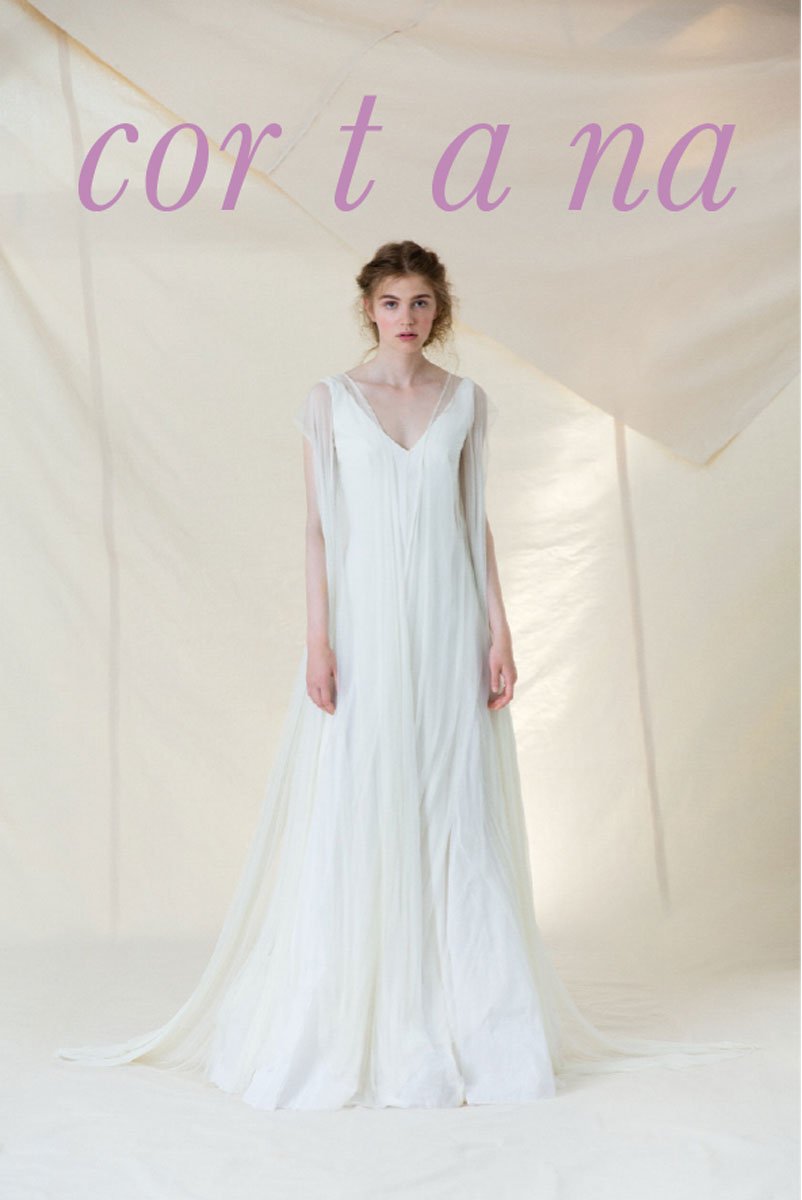 Cortana is the fashion brand of designer Rosa Esteva.
Rosa was born and raised in a village on the island of Mallorca, where she cultivated a close relationship with art and nature since childhood.
At age 18 she moved to Barcelona, ​​where she studied Fine Arts and Fashion Design.
Shortly after finishing her studies, she began designing her own collections. In 2001 she created Cortana and opened her first store in Palma. 2003 Cortana started a showroom in Borne de Barcelona. In 2011 a second store follows in Barcelona next to Paseo de Gracia. And in 2006, the atelier in Madrid is established on the emblematic Jorge Juan Alley.

The collections of Cortana are characterized by the exquisite elegance of the designs, the palette of colors and the quality of the fabrics. Unique patterns, which are based on the watercolors of the creative director herself. The careful selection of fabrics sourced of the best French and Italian textile companies is one of the values ​​of the brand. While its production is carried out entirely in small and local workshops.

The Cortana collections are aimed at women in search of excellence. Each garment is designed in the atelier in Barcelona with the spirit of haute couture.

In 2012, Cortana obtained the Telva T Award as Best Spanish Designer.
Since 2013 the Cortana collections are also available in selected international stores.

In order to go forward we have to go backwards....
Local Products Mallorca